Wow People! I Am Both Stunned And Impressed! 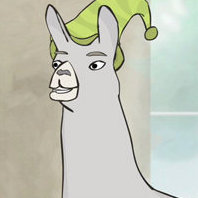 By rrcoder,
December 18, 2010 in Community Welcome

There was a guy named Paul on your team? This is irony.

That was simply a fortunate error on my part. We had no idea the wad would ever be unpacked, let alone an entire modding community would spring up and do wonderous things with LRR, so with hindsight I