So I haven't posted much in this thread recently, but I felt like giving a small progress report as I finally have a chance to write. If anyone happened to check in on the git project recently, you'll

Hey guys,   I've been a member of this forum and a fan of rock raiders for some time, but I don't recall posting anything up until now. Anyway, I'm in the process of remaking rock raiders in 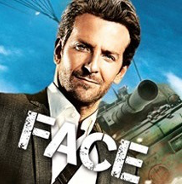 Hi everyone,   I just joined this project and want to show some of the latest progress here. But first of special thanks to @risingstar64 for his awesome work so far. The game is technically